KULR Technology Corp, a market and technology leader in battery safety and thermal management, announced that Mr. Xia Zuoquan, co-founder of BYD Co. Ltd., which makes batteries and electric vehicles, has joined its Board of Advisors.

KULR’s proprietary carbon fiber thermal management solutions were developed in coordination with NASA and are lighter, more flexible, safer and more effective than other commercially available thermal products. KULR’s Thermal Runaway Shield (TRS) has been shown in NASA testing to stop thermal runaway propagation which can cause fires and explosions in lithium-ion battery packs. In addition to its battery applications, KULR’s products and designs have broad and diverse applications in a range of growing industries, including electric vehicles.

BYD is among the largest rechargeable battery makers in the world and the largest in China. Its largest equity holder is Berkshire Hathaway. A BYD subsidiary, BYD Auto, makes automobiles, buses, forklifts and trucks and, in 2016, was the world’s top selling plug-in electric car manufacturer with more than 100,000 units delivered. BYD Auto has a joint venture with Daimler AG to build electric cars and recently announced plans to build the largest battery production facility in the world.

“Mr. Xia had been an early investor of KULR,” said KULR co-founder and CEO, Michael Mo. “Our company and technology will greatly benefit by his wealth of knowledge, experience, and relationships in the electronics and battery industry in China, as he becomes more actively involved with us.”

In addition to his leadership position with BYD, Xia founded Zhengxuan Capital in 2004, an investment firm with over 10 billion RMD ($1.5 billion USD) in assets under management. He was named to the 2018 Forbes China Rich List, with an estimated net worth $1.1 billion USD. Among more than 30 investments under Zhengxuan Capital, Xia is a Director and early investor in robotics company UBTech, which is the world’s most valuable consumer robotics company at $5 billion valuation.

“I have always believed in KULR’s technology to solve challenging thermal problems,” said Xia. “What KULR is doing with batteries, vehicles, and other markets is really important and I look forward to contributing to their growth.”

KULR recently executed an exclusive agreement with NASA and the National Renewable Energy Lab (NREL) to commercialize the internal short circuit device (ISC). The ISC, creates predictable lithium-ion cell failures in lab conditions where those failures can be studied and safety technology can be developed and tested. ISC failure testing is the NASA standard for battery safety for crewed space flight.

KULR Technology Corporation is a wholly-owned subsidiary of KT High-Tech Marketing, Inc. (OTC: KUTG). Founded by some of the foremost experts in aerospace thermal management, KULR Technology is joined by industry veterans in semiconductor and industrial manufacturing. The publicly traded company’s investors and advisors include industry leaders from US, Japan, and China in the field of electrical vehicles, energy storage, communications, and semiconductors. KULR’s proprietary carbon fiber-based solutions are lighter, higher performance and more compliant than traditional solutions. Some applications of the company’s carbon fiber material include space exploration, electric vehicles, cameras and laser displays, robotics, servers and data systems, power storage and consumer electronics. https://www.kulrtechnology.com/home 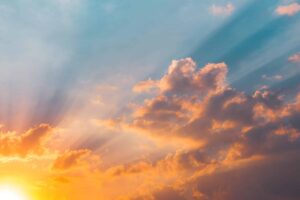 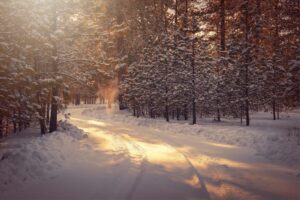